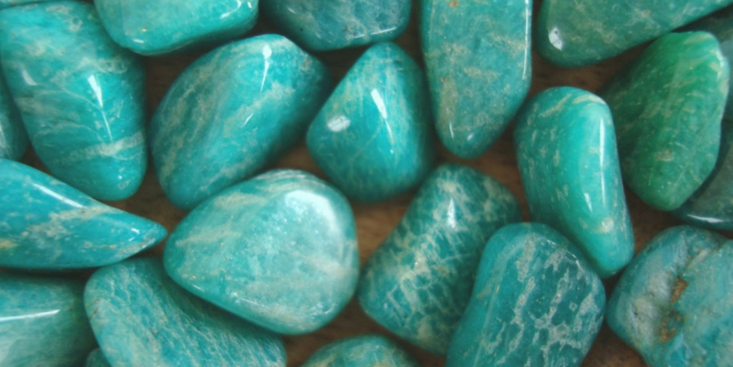 Amazonite is called the stone of courage and truth, allowing one to discover their own truth and live based on one's own beliefs without worry of judgement. It empowers you to express yourself authentically which can lead to a peaceful and happy life. Amazonite is said to soothe the chakras especially the heart and throat, enhancing loving communication. It allows you to see things from other's point of view which can lead to a new perspective on any situation.

Amazonite is a Barrier Filter crystal that blocks stress, absorbs microwaves and cell phone radiation, and protects against electromagnetic pollution. A great stone to place next to computers and other electronics. It can also protect against negative human energy and aggression while attracting positivity and new opportunities. Imagine that any negative energy you encounter throughout your day is released immediately into the earth leaving you with a clean, fresh, and positive aura that will positively affect everyone you come in contact with. 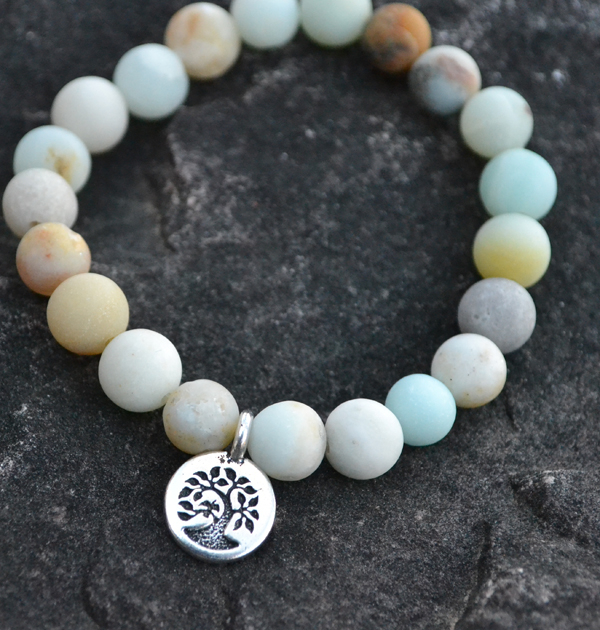 Amazonite is named after the Amazon River and the Amazon river is named after the women warriors of the Amazon, who worshiped the moon goddess Diana. They were fierce warrior women and no man dared to challenge them! This is why Amazonite is considered as a symbol of balance between masculine aggression and feminine values, promoting kindness and practicality while awakening compassion for all. It is said that these women warriors would use Amazonite to place on their wounds to heal them.

Amazonite is also known as a good luck stone making it a great stone to have around at all times! Whether you have amazonite stones or jewelry, it is truly an amazing stone to keep near.